The Richmond dealership is one of two Tesla has in Virginia. (Mike Platania photos)

The building that first brought Tesla to the Richmond region is under new ownership.

The buyer was The Penn Group out of Philadelphia. Per its website, The Penn Group operates both a real estate group and a renewable energy investment division, and counts other Tesla dealerships among its holdings. 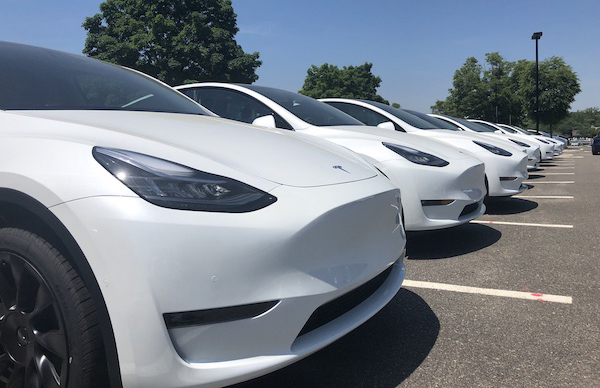 Tesla’s dealership debuted in Richmond in 2017.

Tesla leases the 30,000-square-foot former Bassett Furniture store building. It opened the dealership in 2017 after a legal spat with the Virginia Automobile Dealers Association. VADA unsuccessfully had sought to prevent Tesla from opening the store.

The dealership sits on a 2-acre parcel that was most recently assessed by the county at $4.9 million.

In addition to the Richmond location, Tesla also has a dealership at Tysons Corner. It has service centers in Sterling and Virginia Beach.

Earlier this year, Tesla increased its local presence when its solar division leased about 20,000 square feet of warehouse space in Manchester.